At DeisLabs, we are researching and developing various WebAssembly tools and infrastructure. We have been working on a new project called SpiderLightning, which is a set of distributed application interfaces intended to provide developers in the WebAssembly ecosystem a way to develop applications easily and quickly. These interfaces are written in an Interface Definition Language (IDL) called WIT, part of the WebAssembly Component Model work. SpiderLightning is paired with a CLI called slight, which we recently released “0.2.0” version. In this blog post, we will introduce SpiderLightning and slight.

Let’s set the stage. Imagine you’re a developer working at a consumer-facing company. You built a web app that runs on on-premise data centers and used open-source projects to build data stores and pipelines. At the beginning, there are only a few hundreds of customers, so the web app worked well. However, as the company grows, the number of customers increases rapidly. The web app becomes slow and unstable. To get on top of business growth, now you’re tasked to migrate the web app to the cloud.

But there is a catch. Migrating to the cloud means that you will need to re-write the code to use cloud resources, such as it’s managed databases and pipelines. Even worse, the company you are working on strategically decided to use two cloud vendors to reduce the risk of vendor lock-in. Now you need to re-write the code twice and manage two different deployments. This is a common scenario for many companies. The problem is that the code is not portable - the code is strongly coupled with the underlying infrastructure that it runs on.

Let’s figure out how to make this challenge much easier. Of course, making code more portable has always been a challenge. Think about POSIX. It is a system interface designed to make code portable across different operating systems. The key is to design a system interface that abstracts away specific capabilities into more generically applicable interfaces for those capabilities.

With this in mind, SpiderLightning is a set of distributed application interfaces that are designed to make applications portable across hosting providers (cloud, on-premise, IoT, etc).

You can think of SpiderLightning as a set of LEGO pieces that can be used to build distributed applications. 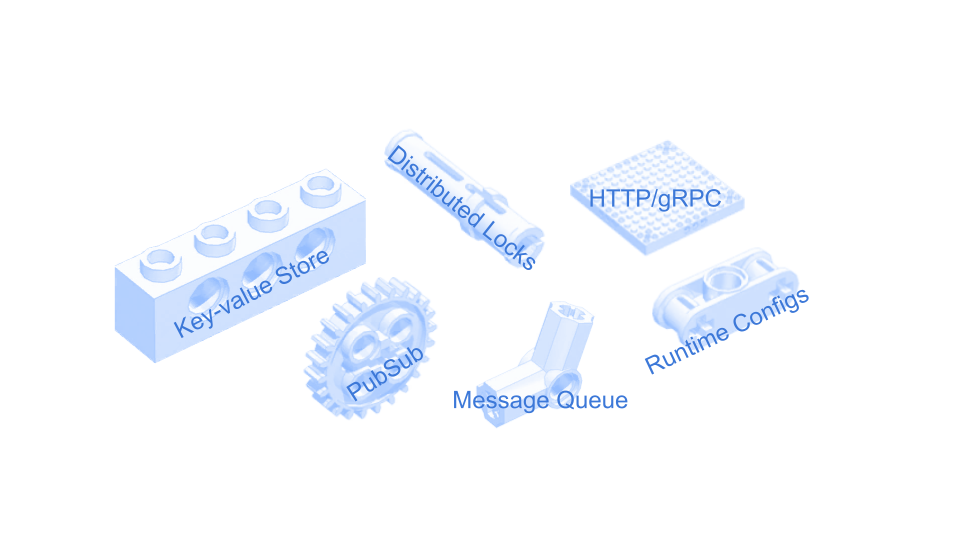 Application developers can then focus on writing business logic and not worry about the underlying infrastructure.

To experiment with SpiderLightning, we built a host CLI called slight. It embeds a WebAssembly runtime called wasmtime and instantiate distributed application capabilities to the underlying infrastructure. For example, it implements key-value capability by using Redis as the underlying data store. 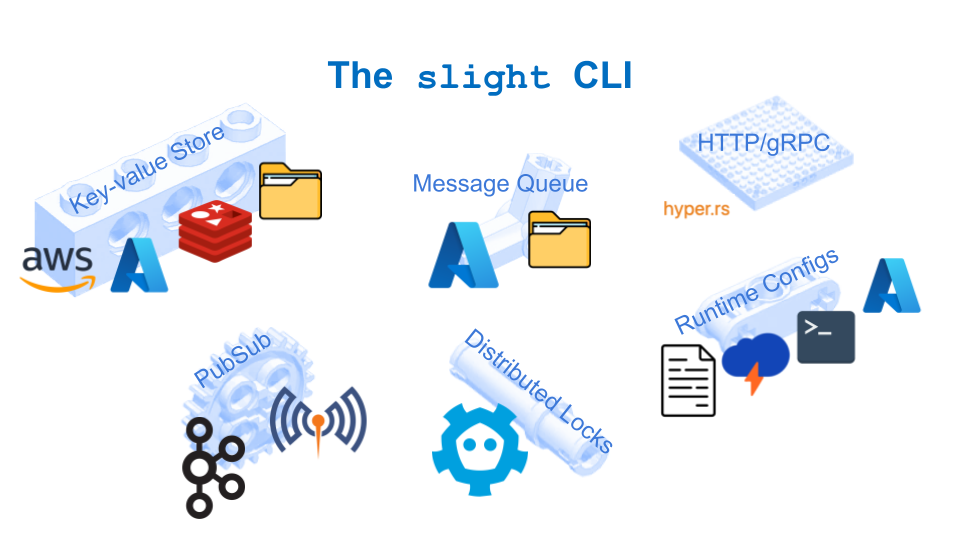 How to use slight?

To use slight, you need to install it first. Assuming that you are using a UNIX-based machine, you can install slight by running the following command:

After installing slight, you can create your very first slight application by running the following command:

This command will create a new Rust project called spidey that will use the SpiderLightning interfaces at version 0.2.0. Other than Rust, we also support starting C projects.

Next, you will need to add wasm32-wasi target to your rust toolchain. You can do this by running the following command:

Then you can build the project by running the following command:

Finally, you can run the project by running the following command:

If you see “Hello, SpiderLightning!”, congratulations! You have successfully run your first slight application.

How does it work?

You might noticed that slight takes two arguments. The first argument is a configuration file called slightfile.toml. The second argument is a WebAssembly module. They represent two phases of software development: operation and development, respectively.

Let’s take a look at the slightfile.toml file:

If you open the src/main.rs file, you will see the following code:

You may wonder what is the wit/kv_v0.2.0/kv.wit file. It is a WIT file that defines the interface of the key-value store. It looks like the following:

Without standardization and community support, SpiderLightning interfaces will not go far. We are working with the WebAssembly community to standardize these distributed application capability interfaces.

Success via standardization will provide a common set of capabilities accessible by ANY runtime that exposes those interfaces. It means that you write application code once, and you can run it on any runtime that implement the standard interfaces.

What’s more, these interfaces are building on top of the WebAssembly Component Model, which can extend these standard interfaces to even more. For example, you can extend the key-value store interface to add transactional capability.

You may find the proposals here.

Our next step is to work with multiple parties to design a set of interfaces that find the balance between rich feature sets and portability across providers.

We are excited for the WebAssembly Component Model and WASI to continue maturing. We believe that in the future, you will be able to build portable and secure wasm applications that can run nearly anywhere, including on-premise, cloud, edge, IoT, on satellites in space, anywhere!

Thanks for reading! If you’d like to learn more about SpiderLightning, please check out our GitHub repo